In October 2014, Ria Meera Munshi, Director of Ri Ri’s Dance Academy was surprised with a “Proficiency Award in Dance & Leadership”, from the Shree Lohana Mahjan community group, in Ashton, Manchester.

At their annual Diwali dinner function, in Tameside in 2014, Ria performed an exciting yet traditional Bollywood and Bharatantayam dance piece which focused upon many celebratory Navratri and Diwali songs. These songs were specifically chosen for this event; including hits from different eras such as Chalte Chalte from the 1972 super hit film Pakeezah, allowing the elderly to enjoy and recognize some familiar songs too. A lovely mixture and fusion of classic and modern Bollywood songs. This was suitable for the whole audience consisting of all ages. 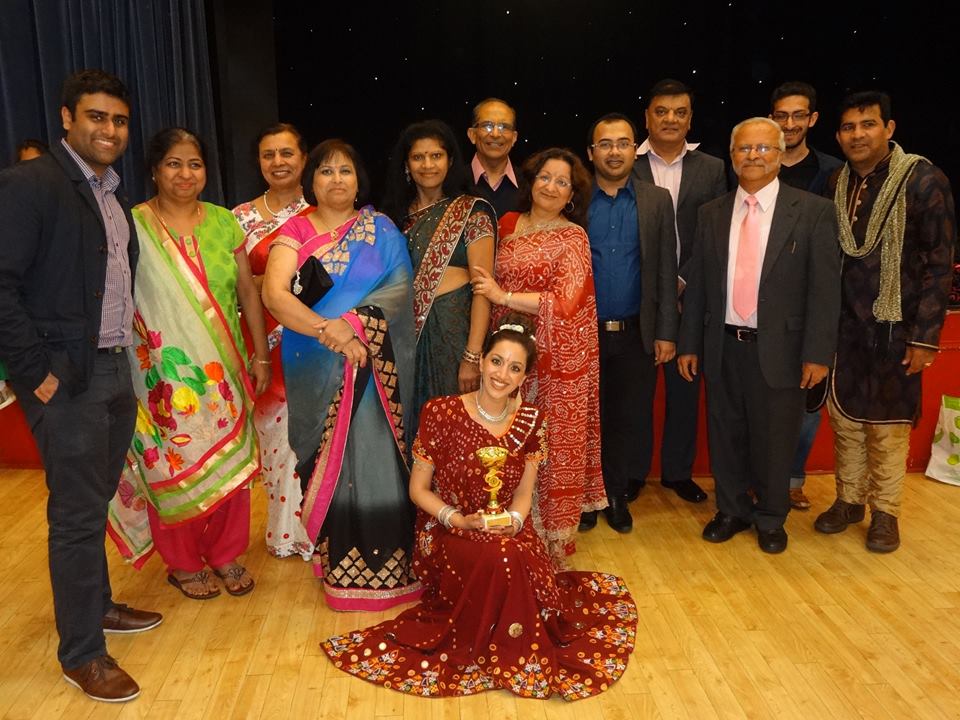 Following her performance, she was asked to go onto the stage to receive an award, for her contribution to dance, the arts, her leadership skills as well as her many achievements recognized worldwide, such as her Bollywood Guinness World Record, achieved in July 2011. A huge surprise indeed!

Shree Lohana Mahjan A-U-L was established in 1978. Over the years they have had many social evenings including Bhajan evenings, Cookery competitions, musical entertainment and variety shows. We have enjoyed many outings to places of interest, including Southport, Blackpool, the Lack District, Alton Towers, Hollingworth Lake and Whitby Bay.

Typically, Shree Lohana Mahjan often give educational awards to Lohana community members who have passed their GCSE’s or graduated from University, however this was the first time they had diversified to an award in the arts, as Ria’s achievements with Ri Ri’s Dance Academy were too big to be missed!