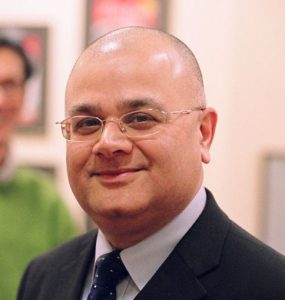 Producer, Rushi Munshi has a background in Bollywood films as an Assistant Director. Additionally, Rushi, has experience as a Writer and Director of both TV and Theatre productions in Mumbai, India.

Subsequently, he has worked for a range of local authorities in the field of arts and has initiated and managed large scale festivals, residencies, touring performances, arts grants and community arts activities.

From being a Principal Arts Officer at Rotherham MBC, he took a leap and became a Regional Director for a national charity.

Since late 2011, he is working as a freelance business consultant across the North of England.

Rushi, also, gets commissioned to develop bespoke training programmes and obtain accreditation from the appropriate institutions.